Extensive travel during my childhood and contact with au pair girls from various cultural backgrounds opened my eyes to the world and to foreign languages. I was soon gripped by a passion for learning languages – German, English, and to a less advanced level, Spanish and Arabic. Drawn equally strongly by the sciences, I took a scientific baccalaureate before attending Stendhal University in Grenoble where I studied applied foreign languages (DEUG LEA).

At the age of 19, weary of what I felt to be an over-rigid French university system, I packed my bags and set off for the (future) German capital. Although I originally intended to spend one semester there, the freedom that city offered me (the famous “Berliner Luft”) finally tempted me into staying 9 years. During and after my degree in political science at the Free University of Berlin, I taught French and worked in various scientific institutions (German Institute for International and Security Affairs, Berlin Social Science Center, New European Surgical Academy). In 2005, in a “post-9/11” context, my commitment to an enlightened multicultural society led me to launch the German-language website “muslimische-stimmen.de” (“Muslim voices”), which was well-received by the key players of civic society and by politicians, Muslim and non-Muslim alike (read here different articles about ms.de). I became a German citizen by naturalisation in 2007.

The same year, as young French people began to flock to Berlin, I felt that it was time to turn the page. I applied to the German international development agency for a volunteer post and set off to Niger for two years. As communications advisor for a rural development programme, I discovered the reality behind development politics, poverty, nepotism and environmental degradation. Unlike others, I did not fall in love with the “Black Continent”, although I returned there in 2012 (Senegal). But living in Africa leaves no one indifferent and I have since come to realise what it taught me.

After an initial return in 2010, I settled in France again on a long-term basis in 2013. The landscapes of the Hérault hinterland and the tastes of the Mediterranean enticed me back home. Having already worked as a translator for about ten years in parallel to my university studies and employed work, in 2009 I made it my full-time job. Translating freelance allows me at last to combine my taste for science, languages and travel. I am a member of the French translator association Société Française des Traducteurs (SFT) and am currently in the process of having my professional experience validated to obtain a Master’s degree in Translating from Strasbourg University. 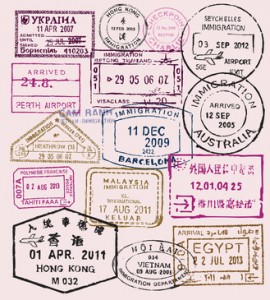